Skip to content
Home News in French 3rd link: a risky, expensive and unsafe project, according to experts

The government’s decision to go back to the drawing board with the third link project will come as no surprise to some pundits with whom The newspaper recently had talks that predicted significant cost overruns.

“It will be a big project for sure. Technically, it is possible to build these days,” commented Professor Jinyuan Liu of Ryerson University.

However, he thinks that the estimated budget of between $6 and $7 billion (10 with financing costs) is at “the lower limit”.

“I would expect it to be between $15 billion and $20 billion. You can compare with similar projects, such as Seattle (Route 99), Niagara Tunnel, Shanghai Yangtze River Tunnel and Bridge, and Madrid Calle 30 Tunnel. These are large-diameter tunnels,” he replied.

Bruno Massicotte, professor at the Polytechnique, also thinks that the costs will increase due to the lack of players for such a large tunnel. “And given the risks, it may even be that no company is interested,” he says.

The government could agree with the opinion expressed by Mr. Massicotte in an open letter in January.

As in its 2016 study, it recommended the construction of two tunnels, rather than one, for reasons of user safety.

“A double tunnel would probably be cheaper, because it is more common,” Mr. Massicotte then told the Newspaper.

Yvan Dionne, president of Promine, does not hesitate to affirm that the construction of the third link will lead to a “catastrophe”.

His company produces software for mine builders. It has 120 customers in ten American countries and employs around thirty people.

“It’s a very risky project. It is possible to do it, it is undeniable, but it can be very problematic”, adds this expert in digging mining tunnels who estimates that the chosen place “is the worst possible”.

Encountering obstacles is a major concern for tunnel builders. Mr. Dionne specifies that a tunnel boring machine cannot turn to avoid an obstacle.

Mr. Dionne would advise at the very least to do a directional drilling of about thirty centimeters in diameter along the length of the course before embarking on the adventure to better understand the subsoil.

“It would be an investment of a few million dollars which could save a lot of money. Launching the project without doing that would be beyond my understanding,” he pleads. 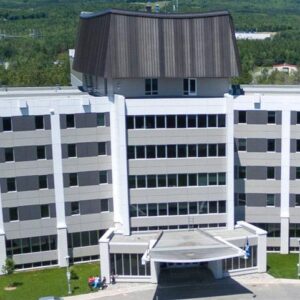