AOKZOE is a new Chinese company that is preparing to enter the increasingly competitive handheld console market. Its model mainly highlights components from the AMD catalog.

The success of the Steam Deck probably continues to inspire manufacturers who are also looking to enter the portable PC market in the form of a game console. If we hear more and more about Ayaneo and OnexPlayer on this market, we must now rely on AOKZEO. Under this very strange name hides a new Chinese company which, after launching completely independently, partnered with One Netbookan Asian manufacturer specializing in compact laptops.

AMD in the spotlight at AOKZEO

The first portable console announced by AOKZEO simply bears the name of the company. The machine, which will benefit from a crowdfunding campaign in the second half of 2022, is equipped withan AMD Ryzen 7 6800U processor, an AMD Radeon 680M iGPU and 16 GB or 32 GB of RAM. From the outset, therefore, there is a promise of power that makes you want to know more.

The console screen measures 8 inch diagonal and has an IPS LCD panel. The displayed definition is 1920 x 1200 pixels. Storage is on a PCIe SSD whose capacity has not yet been given, but it’s a safe bet that different choices will be offered. As for the battery, it is a 46 Wh model. which is proposed, with 100W fast charge at stake. Wi-Fi 5 and Bluetooth 5.0 connections are included and, finally, this console will be sold under Windows 11but will offer the possibility to its owner to install SteamOS on it.

Towards a Steam Deck-like ecosystem

If, for the time being, Valve’s Steam Deck still does not have a dock allowing the console to be connected to a television, AOKZEO has already announced its desire to offer optional accessories to develop the ecosystem of its console. A docking station and an external keyboard should thus see the light of day and we can expect to see them land from the crowdfunding campaign.

The latter should start on next July 22 and shipments should start from September, which shows that AOKZEO is ready to offer its portable console to players. The starting price of the machine has not yet been announced.

All the same, it remains to be seen what the autonomy of the device will be, and whether the performance in play will be there. In any case, seeing new machines like this on the market is good news for players who don’t want to wait long months before getting their hands on a Steam Deck: sometimes competition is good! 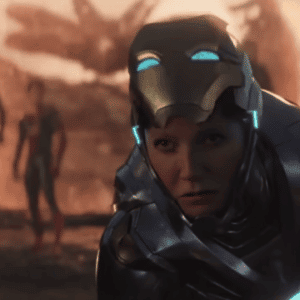 Wonderful Just before the climactic battle in avengers endgame, the newly resurrected Doctor Strange turned to Wong and asked, “Is that everyone?” We, the audience, knew the…

Tower of Fantasy login queue compensation given to players

The Tower of Fantasy release date is here and players are diving into the anime game en masse, causing a variety of launch issues including long login…

Game news Tower of Fantasy: Genshin Impact’s competitor offers a launch trailer Published on 08/11/2022 at 11:57 Announced as the most serious adversary of Genshin Impact, the…

Tower of Fantasy musical puzzle solution in Ring of Echoes

In our Tower of Fantasy musical puzzle solution in Ring of Echoes guide, we are going to explain how to solve this particular puzzle. Solving music note… After almost 30 years, a video game legend resigns as CEO of the Elite Dangerous studio

Until now, David Braben served as CEO of Frontier Developments, responsible for popular management sagas. Image: Games Industry It is close to 30 years since he founded…

‘Star Wars’ fans aren’t quite sure why the Empire used bounty hunters when they had Inquisitors at their beck and call.

Disney/Lucasfilm For all the victories the Rebel Alliance has won over the course of George Lucas’ famous space opera, Star Wars fans are no strangers to the…