Blizzard has just released a new classic trailer for Wrath of the Lich King, created by a fan who has spent years creating unofficial World of Warcraft trailers.

I’ll spare you the full trailer recap as you can see for yourself below, but it’s an impressive hybrid of in-game modeling and cinematic rendering techniques that looks absolutely amazing in motion.

This trailer was created by Hurricane, a community creator who has been building unofficial WoW trailers in a similar style for years. Many of those videos went viral and mega-hits like Hurricane’s Naxxramas trailer. (opens in a new tab) It even has more views than some of Blizzard’s official WoW trailers.

Hurricane’s earliest creations were actually WoW private server trailers: unofficial versions of fan-run servers that were particularly popular prior to WoW Classic, as they were the only method of accessing older versions of the game. Of course, Blizzard has never been a fan of those servers, as you don’t have to pay official subscription fees to access them. However, Blizzard still links to the trailers as part of their Hurricane channel credit. (opens in a new tab).

Hurricane gave up making private server-branded videos in 2016, just as Blizzard contacted them about making official WoW content. (opens in a new tab). It’s unclear why it took so long for Hurricane content to appear on official channels, but Blizzard has been working with numerous content creators to make videos ahead of Wrath of the Lich King Classic.

Wrath of the Lich King Classic will be officially released on September 26, more than 14 years after its original release in November 2008.

take a look at all the best MMOs around. 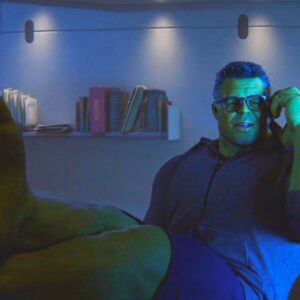