Shotguns are some of the most fun weapons to use in any video game. They can take down enemies at close range with unyielding firepower. When you start looking for loot-based games, things get even more interesting.

Related: Destiny 2: The Best Hunter Builds for PvP and PvE

Destiny 2 has a wide range of shotguns for players to try, from slug guns to fully automatic shotguns. Perks can also give these weapons even more interesting properties that allow the weapon to recharge on grenade throws or increase the damage of your next melee attack. Whether you’re taking on champions or raid bosses, these are the best shotguns for PvE to use in Destiny 2.

Updated June 23, 2022 by Charles Burgar: While shotguns haven’t seen many changes in Season of the Haunted, the Solar 3.0 redesign has seen more Titan and Warlock players switch to Tractor Cannon as their exotic option. We’ve updated this list to include the Tractor Cannon and Dead Weight Shotgun from this season.

How to get: Gambit matches and engrams.

Rapid-Fire Frames are by no means a meta in today’s PvE sandbox, but that doesn’t mean they aren’t fun to use. Dead Weight is a great addition to the Rapid-Fire archetype, featuring some great perk combos and a solid stat package.

Grave Robber and One-Two Punch can both use this weapon, a combination of benefits rarely seen on today’s newer shotguns. If you want to kill with this weapon, Subsistence and Golden Tricorn is a devastating combination if you have enough ammo. Typical damage perks like Swashbuckler and Adrenaline Junkie can also work on this weapon, giving you tons of options.

How to get: Bought from the Exotic Kiosk in the Tower. It costs 1 Exotic Cipher, 125,000 Glimmer, 200 Duslight Shards, and 1 Ascendant Shard.

If you need a boss to die right away, look no further than The Fourth Horseman. This weapon unloads four rounds, five when Masterworked, in under a second, each round gaining a damage boost as you fire successive shots.

It’s generally not advisable to barrel down enemies in tough PvE environments, but The Fourth Horseman is one of the few exceptions to this rule. The DPS of this weapon is so good that you can melt stunned champions in a magazine or two. Hunters take this weapon to a whole new level, using certain Exotics, Fragments, or Marksman’s Dodge to unload dozens of shotgun shells in a few seconds. Very few enemies will survive the barrage of shotgun shells you will fire in their direction. Just be aware that this weapon’s ammo economy is abysmal, depleting your entire ammo pool in less than a minute of continuous firing and reloading.

How to get: Exotic Engrams.

Tractor Cannon has seen a bit of a resurgence after the release of Solar 3.0. Sunbreaker Titans can use this weapon to weaken a boss before launching hammer after hammer at the target, dealing immense damage. For builds that may have a reusable ability or a weapon to deal DPS, you won’t find a better utility option than Tractor Cannon.

This heavy shotgun releases pulses of Void that knock targets back, dealing a 30% debuff to anyone caught in the blast. Tractor Cannon deals enough damage to kill red bars in a wide area, and the debuff makes this weapon invaluable for long DPS phases in dungeons or raids.

How to get: Europe’s Bounty Shotgun from Variks in Europe and defeated Brig HVT.

Europa’s Precision Frame Shotgun is one of the best Destiny 2 Special Weapons for PvE. Not only does this weapon pack the damage you’d expect from a slug shotgun, it also comes with some additional potential.

Bonechiller is the only slug shotgun in Destiny 2 that can roll with Dragonfly, delivering a clean, accurate kill that generates a massive explosion. If you only care about single target DPS, Bonechiller has it in abundance. This pistol can roll with Triple Tap and One for All simultaneously, giving this weapon a 35% damage boost and additional ammo in the mag every time you land three quick precision hits. Needless to say, this weapon is a monster for all PvE content.

How to get: Altars of Sorrow and the Pit of Heresy dungeon.

Between this and First In, Last Out, Blasphemer has a slightly better perk set, but is much harder to get. This kinetic precision shotgun deals a fantastic amount of damage with each shot, capable of hitting most orange bars with a single tap.

Related: Destiny 2: All The Ways To Get Moon Gear Reissue

Fourth Times the Charm and Swashbuckler is the best roll for this weapon, giving it an absurd amount of damage in most scenarios. Cast a melee ability, then enjoy a massive 33% damage increase for a few seconds. Hitting consecutive rounds on a target’s weak spot will also give you extra ammo in the current clip, further improving Blasphemer’s total damage output. Sadly, you can’t get Vorpal Weapon with this weapon, though its other perks are more than enough for most PvE content. Those who love using a primary energy should consider farming this weapon at Altars of Sorrow or the Pit of Heresy dungeon.

How to get: Cutting edge playlist.

Fortissimo-11 is similar to First In, Last Out. Both are Suros Shotguns that shoot bullets, and both can roll with Vorpal Gun. Unlike FILO, Fortissimo has a much larger perk pool that allows it to deal more total damage, act as a duty weapon, and this weapon goes in the Kinetic slot.

The fourth time is charm with Vorpal Weapon or Frenzy is the best roll for PvE, as it allows this weapon to pump out up to ten shots in one go without reloading, each with a damage boost. If you prefer to have an autoloading shotgun in your kinetic slot, you can get a roll with keep instead. For PvP, there are much better options out there, but Fortissimo can get the job done. For PvE, this is a great weapon. Keep your eyes peeled for a good vibe.

How to get: Xur’s hidden treasure.

Tex Mechanica has finally created a legendary weapon in Destiny 2, and it’s every bit as good as you’d expect. The Wastelander M5 is a lightweight shotgun that features the same aesthetics and animations as its exotic counterpart, The Chaperone.

Related: Destiny 2: How To Increase Your Strange Favor

It may not have the absurd range of Chaperone, but the Wastelander M5 makes up for it with an excellent selection of perks and a great stat package. This is one of the few shotguns in Destiny 2 that can work with Sustain, allowing you to fire a torrent of buckshot without needing to reload. You can combine this with Adagio to increase the damage of each shot, acting as a reverse chaperone. Some other good perks include Slideshot, Perpetual Motion, and One-Two Punch. If you like shotguns, get this weapon.

How to get: Vault of Glass (Conflux, Oracle, and Gatekeeper encounters)

Found Verdict is typically associated with PvP, residing in the same aggressive frame archetype as Felwinter’s beloved lie and other popular shotguns. What makes Found Verdict notable is its ability to also serve as a high-damage PvE special weapon.

Rewind Rounds and Vorpal Weapon is one of the best rolls you can get with this weapon, allowing you to pump almost two buckshot clips into an enemy without needing to reload. If you don’t like how Rewind Rounds behaves, you can replace it with Full Auto or Auto-Loading Holster. This is also one of the few shotguns in Destiny 2 that has an Adept variant, allowing you to use Adept Big Ones Spec instead of Major or Boss Spec. In terms of PvE shotguns, Found Verdict sits comfortably near the top.

How to get: Legendary World Engrams.

Another precision frame shotgun, first in, last out is the gold standard of what a shotgun should be. This weapon deals an absurd amount of damage with each round, has a solid selection of perks, and is fairly easy to obtain.

How to get: Deep Stone Crypt (Atraks-1 encounter)

Deep Stone Crypt’s unique shotgun, Heritage, is one of the best shotguns in the game for PvE. It’s a precision frame, allowing this weapon to deal fantastic damage if you can land precision shots.

What makes the Heritage so special is its unique set of benefits. Reconstruction and Recombination are two unique perks that can currently only be found on Deep Stone Crypt weapons.

The first perk allows Heritage to double its magazine capacity by passively reloading over time. Recombination is a power up of a perk, giving the next shot from this weapon extra damage for each enemy you’ve killed with an energy or heavy weapon. On ten kills, your next shot deals double damage. When you combine these two perks, you get a monstrous single-target weapon that can fire just about every major one in the game. Champions and bosses don’t stand a chance either. All Guardians who focus on PvE content need to get a good roll on this weapon.

Next: Destiny 2: The Witch Queen Complete Guide And Walkthrough 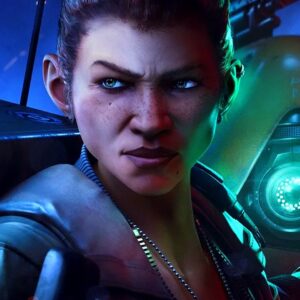