Skip to content
Home jeu vidéo GTA 5: a new mod makes the world even more realistic, all the details

Game News GTA 5: a new mod makes the world even more realistic, all the details

It will surprise no one to say that to this day, GTA 5 is still one of the most popular games in the industry. Its activity is still in full swing online, while mods continue to be offered by the dozens: today, there is talk of new graphic improvements that could well excite some players.

GTA 5, the great, the tireless

It may have been released in 2013, but GTA 5 just seems unstoppable. In any case, it must be until the release of the new Grand Theft Auto (from which the first details seem to have emerged) and Rockstar cleverly maintains the Online part to make its baby last as long as possible. He also released his hit on PlayStation 5 and Xbox Series recently, with many technical upgrades.

But on the PC side, it’s an even richer and insane story that’s been unfolding for years now: modders are endlessly coming up with new additions, sometimes totally wacky and sometimes very impressive. In the present casethe NaturalVision mod, designed by amateur developer Jamal “Razed” Rashid, likes to graphically improve GTA 5 on many specific points. It has just been updated with even more exciting new features.

The first of them, much put forward, concerns the weather. The effects are much more realistic, the clouds are volumetric and, above all, the transitions are no longer raw but are smooth and logical. We no longer go from rooster to donkey in a few seconds and the bright sun gradually turns into a stormy storm; a subtle change that greatly supports the atmosphere.

See also  Nintendo Switch: you can't even imagine how indispensable and inexpensive this accessory is

A bunch of upgrades everywhere

The mod also focuses on improving multiple other points. For instance, road textures are now revised for more realismlicense plates are now reworked and in high resolution; the windows of the buildings also give a glimpse of their interior in 3D, while the grass takes on more density and color.

One can also note the reflection of the lights of car headlights on puddles, the snow of Mount Chiliad which melts and which can return depending on the climate or even the possibility of falling on a rainbow depending on the weather. In short, NaturalVision significantly refines the gaming experience and in detail: that’s good, it’s free (but only concerns the PC version, obviously) is available at this address. 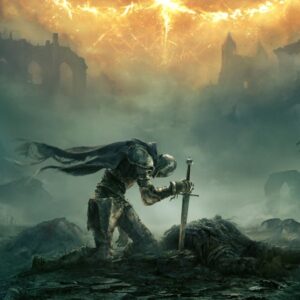 Stranger Things: one of the cult scenes from the Netflix series took a crazy time

news culture Stranger Things: one of the cult scenes from the Netflix series took a crazy time Published on 08/10/2022 at 11:45 As immersive as it is…