Riot Games has officially revealed the long-awaited overhaul of League of Legends champion Udyr the Spirit Walker. Udyr’s rework is the latest in a series of visual game updates, known as VGUs, to come to the popular multiplayer online battle arena.

While the new trailer doesn’t show all of the changes coming to Udyr, it does offer a pretty impressive first look, as well as a pretty comprehensive overview. According to Riot Games, Udyr now has the ability to communicate with “any and all spirits of the Freljord,” the harsh, oppressively cold land that Udyr and many champions, like Ashe, Lissandra, and Sejuani, call home. Udyr can also channel the etheric energy of these spirits and use them in his own “savage fighting style”.

See also  The Last of Us Part 1: the PS5 remake becomes official, full details given at Summer Game Fest 2022

Based on the trailer, it looks like Udyr will still have his bear and phoenix fighting stances. However, his tortoise and tiger stances have apparently been changed to suit two new Freljord creatures: the ram and the boar. Most notably, all of these stance proper names now reference the Freljord gods Anivia, Ornn, Iron Boar, and Volibear, adding much more continuity to the character.

“With the ability to communicate with any and all spirits of the Freljord, Udyr channels and transforms his ethereal energy into his own savage physical fighting style,” Riot Games wrote in the rework press release. “Through his growing command of this imposing and versatile power, Udyr seeks to maintain the balance of the mystical landscape of the Freljord, where conflict and strife are his blood…and where sacrifices must be made to keep the peace at bay.” .

In addition to his new playstyle, the trailer also showed off Udyr’s new upgraded look. Let’s just say that if his ax and glowing eyes don’t scare off enemy players, his burly body should do the trick.

At this time, Riot Games has yet to announce when the update will be officially released. However, fans should be able to expect the reworked Udyr to hit the servers sometime in the next few months. 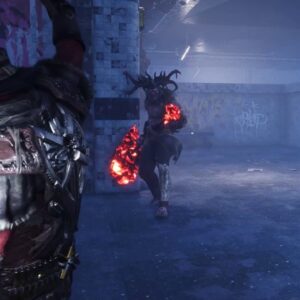