Skip to content
Home jeu vidéo Live a Live: 3 chapters to discover in demo now for the remake of the RPG

Game news Live a Live: 3 chapters to discover in demo now for the remake of the RPG

If the date of July 22 still seems a long way off, Nintendo has good news for you. The beginning of three of the eight chapters of this HD-2D remake of the RPG from Square Enix can be discovered now on Switch! And the save data will be transferable to the final version of the game.

It is by means of a new trailer released as part of the Nintendo Direct Mini: Partner Showcase that the immediate release of a playable demo for the highly anticipated RPG Live a Live has been announced. If you hesitate to get started, be aware that the save data may well be transferred later to the final version of the game. A detail that is not one when you know how this gargantuan role-playing game promises to be time-consuming !

A free demo of LIVE A LIVE is now available on Nintendo eShop! Get a taste of the ‘Imperial China’, ‘End of Edo Japan’ and ‘The Distant Future’ chapters, then transfer your progress to the full version of the game. – Nintendo

3 stories out of 8 to discover in parallel

Mythical game of the Super Famicom (Japanese Super Nintendo) remained unpublished in the West, Live a Live is a major RPG which proposes to make us travel around the world but also through time. With no less than eight independently accessible scenarios and as many different eras to explore, this role-playing game is eagerly awaited by fans of the genre. Thanks to this first demo, Nintendo offers us the possibility of traveling through the beginning of three pre-selected scenarios: Imperial China, the end of Edo Japan and the distant future. As in the final version, it is quite possible to interrupt at any time its progress on a scenario in progress to continue another in parallel. Saving is indeed authorized at any time in the game from the sub-menu.

Each of the three scenarios features a new protagonist, resulting in regular gameplay changes. For instance, the shinobi of feudal japan can use an invisibility technique while on the move, which adds a hint of stealth to exploration environments. For his part, the old Chinese master must concentrate on training his disciples to determine which one will succeed him. Finally, the robot from the future struggles to escape an alien life form in order to solve mysteries aboard an isolated ship.

let’s remember that this remake exclusive to the Nintendo Switch takes the side of an HD-2D production. This technique used brilliantly on the RPG Octopath Traveler, but also on the excellent tactical role-playing game Triangle Strategy offers a rendering that is both beautiful and retro that perfectly suits the world of Live a Live. See you on Nintendo Switch on July 22!

About the Nintendo Switch

See also  Tiny Tina's Wonderlands: saving in the cloud can be expensive, we explain why
Issac Ondes

Tower of Fantasy Battle Pass: How to Unlock Merit Points

So you want to know about the Fantasy Tower Battle Pass? Tower of Fantasy, like all good gacha RPGs, has several layers of progression systems and opportunities…

Jujutsu Kaisen: Season 2 – Release Date, Story, and What You Should Know

jujutsu kaisen has been the talk of the anime industry for quite some time, and with the release of a prequel film in December 2021, the demand…

Disney Plus price is going up and ads are on the way too. Disney’s other streamers, Hulu and ESPN Plus, are also going up in price. The… 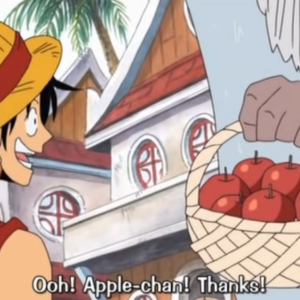 One Piece: now we know that Eiichiro Oda uses Apple to draw

News hardware One Piece: now we know that Eiichiro Oda uses Apple to draw Published on 08/11/2022 at 12:40 One Piece is the best-selling manga in the…

Starfield gameplay trailer hints at a connection to the Fallout universe

Starfield’s gameplay trailer has been scrutinized and cleaned up, as fans of Bethesda’s upcoming space RPG look for clues to Starfield’s story, mechanics, and of course, the…

The partnership will include commercial, image and activation rights, with Konami being the official sponsor. More and more users are giving eFootball 2022 a chance, the Konami’s…