Those who are into the indie horror scene will already be familiar with the post-apocalyptic release of The Farm 51. Chernobylite. With its mixed gameplay and stunning visuals, coupled with that much-needed scare factor, it was for many people one of the best horror games of 2021, along with games like Resident Evil Village Y little nightmares 2. As a result, the developer has kept up the updates and improvements, and now the latest paid DLC has just been released.

An attached trailer for new content on the game’s Steam page shows what’s featured in the DLC, which is called “Season 2: Red Trees.” This pack adds some new skins to the game, bringing the “menacing red forest” to the player’s home base. On top of that, there is also a free update that comes with a new story mission called “Ghost from the Past”. The trailer indicates that the new DLC will feature the recently implemented next-gen visual update for Chernobylitean improvement that was released a couple of months ago and, as suggested, improves on the game’s already pretty stellar graphics.

RELATED: Chernobylite Gets Extra Side Quests and New Monsters in Latest Update

While working to add new ideas to its horror IP, The Farm 51 has also seen opportunities to do some good in the world. In March, the developer announced the release of some Chernobylite DLC charity, with all proceeds going to humanitarian efforts that are helping those affected by the war in Ukraine. The pack contains some cosmetics, four wallpapers, two printable posters, and a thank you card from the studio itself. For those interested in the charity DLC, it will be available until March 14, 2023.

For those who haven’t played the game yet, Chernobylite is an interesting horror experience similar to that of STALKER, in the sense that both are set in the Chernobyl Exclusion Zone. The game also adds a number of other elements such as survival, base building, and even some RPG elements where players must keep NPCs happy by rewarding them with extra rations.

Usually, Chernobylite can be tricky to get into for beginners. Players expecting just a standard horror game may find the additional elements overwhelming in the early stages. Its visuals are very impressive, thanks to 3D-scanned environments taken from the actual Exclusion Zone, and it has an interesting story. The addition of this latest DLC and free update will ensure the game’s longevity and means that now is a great time for those who haven’t, to give the game a try.

Chernobylite It is available for PC, PS4, PS5, Xbox One and Xbox Series X/S.

MORE: Chernobylite: 10 Biggest Choices You Make In The Game 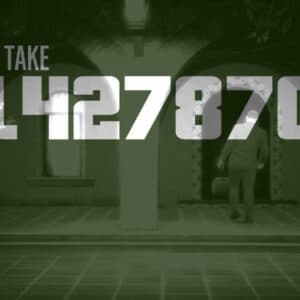 The concept of eating and drinking is not usually something that concerns most gamers of The Elder Scrolls 5: Skyrim or any open world RPG. It obviously…

The adventures of 2B and 9S are finally brought to the Nintendo console in a The End of YoRHa Edition version. Androids 9S and 2B are investigating…