Skip to content
Home jeu vidéo One Piece 1054: What to expect from the chapter

one piece The previous chapter saw Wano Country host their long-awaited banquet which Oda does at the end of every story arc. The banquet lived up to expectations, and mixed in with all the joy was the incredible excitement generated by the new rewards for the Worst Generation members and the announcement of the new Yonko. At the same time, chaos was brewing in the Udon region of Wano, where Admiral Ryokugyu finally made the move on him.

Demonstrating his incredible powers to fans for the first time, the Admiral took out the King and Queen, along with every other member of the Beasts Pirates present there, quite easily. Also, he seems to be heading towards the Flower Capital, with Luffy as his next target, and this could well be addressed in One piece 1054. While the Wano Country arc seems to be nearing its conclusion, judging by the way Oda has set things up, it’s likely that fans will still be in Wano despite the Four Emperor Saga wrapping up with this chapter. Either way, fans will have to wait for One Piece 1054 as the series is now set to enter its month-long break.

Although all the action in the Wano arc concluded once Luffy defeated Kaido, it seems that fans could expect more as Green Bull intends to take the head of the Straw Hat Pirates captain Luffy. Towards the end of the chapter, fans spotted him quite close to the capital and it looks like he will be heading to the banquet in One Piece 1054. Being an admiral, it’s pretty clear that Green Bull will be incredibly difficult to take down. to anyone, even Luffy, as he is extremely injured after his fight against Kaido. That said, the sheer number of allies Luffy has in the capital seems to be more than enough to subdue a Navy Admiral. This suggests that One Piece 1054 could see the Admiral take another route in the country.

See also  Vampire Survivors has a new stage, a new character and more

While he intends to take Luffy’s head, it could be that they come to some kind of mutually beneficial agreement. Should Green Bull try to take on Luffy alone, it goes without saying that it won’t end well for him, especially if Luffy has recovered. In that case, One Piece chapter 1054 will also see Kid, Law, Killer, Yamato, Zoro, and Sanji join forces to easily deal with the Admiral. Also, it’s pretty unlikely that Oda would start a big battle in a post-war arc, which is usually information-heavy rather than massive fights. As such, an all-out confrontation between the Admiral and the Straw Hat Pirates and the alliance seems pretty unlikely. 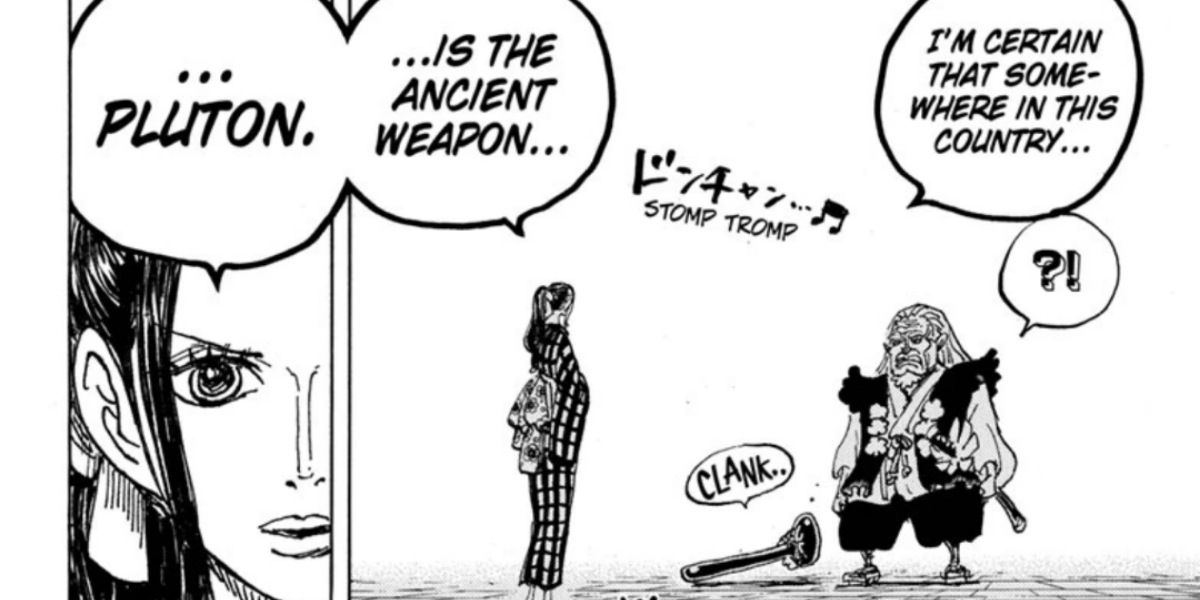 Possibly the most important part of One Piece 1054 could be the ancient weapon, Pluto. First mentioned during the Alabasta arc, Pluto is known to be a giant warship, one of which is capable of vaporizing an entire island. His power is known to be such that he can destroy the entire world. Crocodile, one of the ancient Shichibukai, was known to be looking for him, however Nico Robin never revealed his location to him after reading about him on the Poneglyph in the Country Tomb. One Piece 1053 finally revealed to fans that the Poneglyph pointed to Pluto being in Wano, something Tsukiyaki agreed with. This adds new meaning to why Wano’s borders were closed for so long. The Pluto is, after all, an incredibly powerful weapon that the Kozuki Clan would not have wanted to see fall into the hands of the World Government. With Tsukiyaki knowing about its location, fans may be able to see this ancient weapon in One Piece 1054.

RELATED: One Piece: Is Kaido Recovering To Fight Luffy?

While Pluto has been explicitly called out to be a warship, ending up as a human would be a cool twist by the author. Aside from Pluto, Nico Robin also has other information to read. The Straw Hat Pirates are currently in possession of six different Poneglyphs, two of which are Road Poneglyphs. As such, all of this information needs to be delivered to fans slowly and the next chapter in the series could be the start of that. With an Admiral heading for the country and an insanely large amount of information ready to be delivered to fans, the next One Piece saga is ready to hit the ground running. 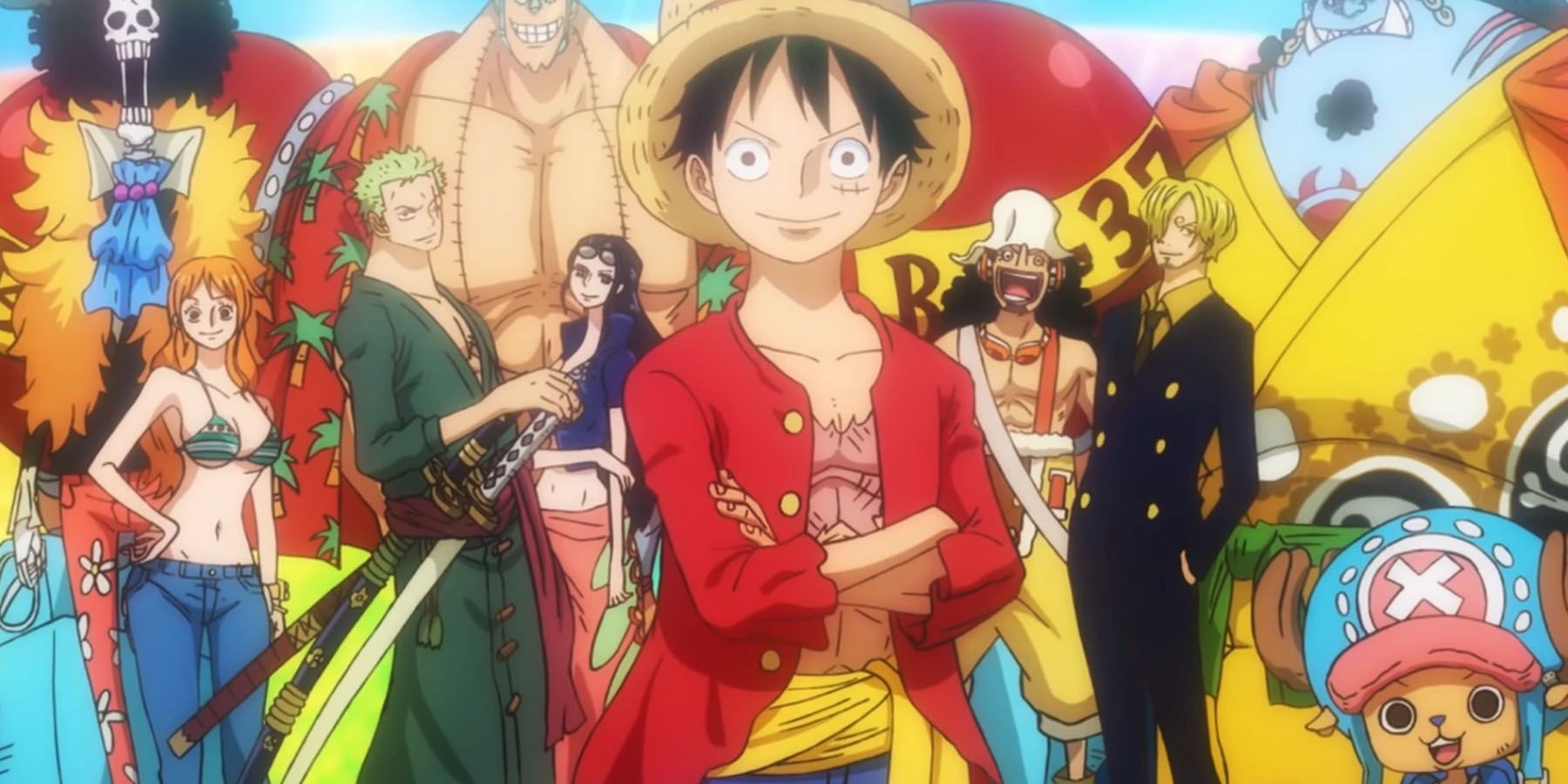 Since the saga of the four emperors of One Piece has already concluded, it is time for the series to enter its final saga, as previously announced by Eiichiro Oda. As such, the author will now take a month-long break to make preparations for the final act of the series. One Piece 1054 will be released on July 25, 2022. While the wait for the next chapter in the story is quite long, fans will be treated to some interesting Oda drafts that were previously scrapped as part of the “Road to Laughter.” ” project to make waiting a little easier.

MORE: One Piece: Who is the Sun God Nika?

A horribly claustrophobic thriller scratches the walls in streaming

through Warner Bros. Ryan Reynolds has become one of the biggest, most popular and highest-paid stars in the industry by playing essentially the same archetypal character over…

One of the worst takes on small-screen superheroes you’ll ever see brings backlash and ridicule.

via HBO Max/Netflix Just like assholes, everyone has an opinion. And just like said appendage in the most unfortunate of circumstances, sometimes you can’t control what comes…

The space colony management and simulation game is coming back to consoles after landing on PC. RimWolrd has been redesigned for this new version. Two versions are…

Netflix collapses minutes after the premiere of ‘Stranger Things 4’

A new trailer has landed for Redfall with gameplay. Several heroes will be available in the game with their own gameplay. You can play solo or in…

via 20th Century Fox There’s nothing wrong with liking movies that everyone else seems to hate. In fact, it is a basic part of the cinematographic experience…