PixelJunk Scrappers Deluxe is coming to PC. Check out the announcement trailer, followed by seven minutes of exclusive gameplay of the party-game fighting hybrid, previously exclusive to Apple Arcade.

After the end of humanity, you will join a team of garbage collectors as they clean up a colorful city full of garbage. However, this junk is actually worth cash in Junktown, which means rival squads will be competing with you for the good stuff. Play solo or jump into online or local co-op with up to four players. Take a look at the garbage collectors hard at work in this new game and see their skills in action as they take on the Trinity Lovers boss.

PixelJunk Scrappers Deluxe is “coming soon” and will release for PC via Steam and the Epic Games Store.

The Batman 2 Hasn’t Been Greenlit Yet: Report

It looks like a sequel to this year’s The Batman might not be greenlit, as the only new DC movie to come post-Warner Bros. Discovery merger is…

My Hero Academia: Season 6 – Release Date, Story, and What You Need to Know

my hero academia It has undoubtedly been one of the most successful franchises in history, having received five anime seasons and three feature films since its inception… 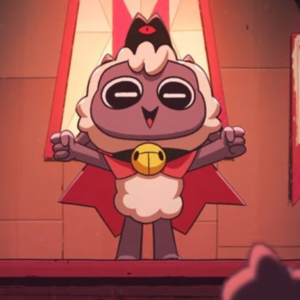 Cult of the Lamb: Gentle as a lamb? Never ! Our video test

Netflix has greenlit sci-fi anthology Love Death + Robots for a fourth season. The first season debuted in March 2019 to some average acclaim, but garnered multiple…