I never thought I’d use the term “brainpunk” to describe anything other than Scarlet Nexus. Yet here we are: Read Only Memories: NEURODIVER is immersed in a neon-lit world where espers and hybrid creatures roam free. Thanks to an artificial life form called the Neurodiver, which is basically a psychic slug with feelings, the psychic detective ES88 can enter the memories of others.

ES88 is studying for her Neurodiver license exam when her friend GATE interrupts her with a special request. She introduces him to Crow, a human-animal hybrid who suspects her memory was altered 10 years ago during a deal gone wrong. GATE tasks ES88 with investigating the truth behind what happened between him and her friends in an overarching mystery. Ultimately, it comes across as a visual novel with colorful graphics, intuitive gameplay, and an intriguing premise. 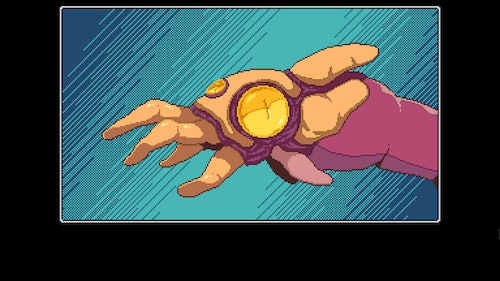 the Read Only Memories: NEURODIVER The demo doesn’t delve into the “Golden Butterfly,” but that’s what the mystery is about. ES88 sets out to hunt down a rogue esper with the help of returning characters from the previous Midboss game, 2064: read-only memories. They may or may not have something to do with the faulty memories of Crow and his friends.

NEURODIVER works like a point-and-click visual novel. One of the PAX West representatives described it as a “love letter” to old Japanese mystery adventures like Famicom Detective Club. ES88 can dive into the minds of customers and investigate the items highlighted in their memories. Interactive items light up after you hover over them to indicate that they might be something worth looking at. ES88 comments on each item or interacts with selected people through the client in memory to progress. 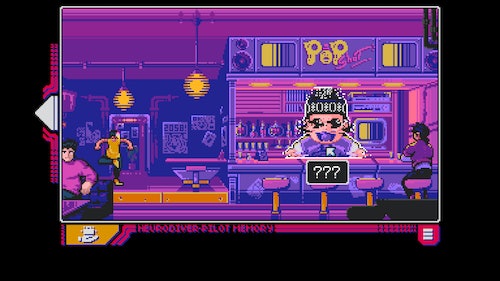 Distortions that don’t match the rest of the scene appear as static on a television screen after the investigation goes far enough. They appear as random images that don’t belong, like a giant baby on the bar counter or a kid flying a kite instead of some sketchy stranger. He then collects key elements in the memories and uses them to unravel the distortions. For example, I played a hackeysack-type game with a random guy in the client’s memory and won an item that was relevant to the deal gone wrong. He helped unravel the truth behind a distortion, revealing a memory that had been altered in the past.

Read Only Memories: NEURODIVER challenges players to unlock pieces of their story with environmental puzzles. It has enough elements to confuse the player with what’s important, but not so much that it’s hard to figure out what to do. If you like visual novels with point-and-click games, keep an eye out for this one or wishlist it on Steam.

Read Only Memories: NEURODIVER It will be released for PC, PlayStation 4 and Xbox One in 2022.