This information comes from the files left over from Sonic Origins, confirming that Frontiers will feature new and returning characters. Sages and Kodama are mentioned in the game files as a new type of NPC, with Big (and presumably Froggy) returning after a long absence from the main games.

These discoveries have been shared by Twitter user @ahremic, who anticipated finding these files in Sonic Origins when the compilation game was suspected of using the same engine as Frontiers.

Browsing through the unearthed files, there’s plenty to excite older fans of the series here. The biggest is perhaps the return of Big the Cat and his fishing minigame, which hasn’t appeared in the series since his debut in Sonic Adventure. FishCaught, NewFishFirstLooked, and FishingBigFirstTalked are among the files in question, suggesting that Big will guide Sonic through the fishing mechanics. There are also mentions of a “Fishing Portal”, meaning it may not take place in the overworld and will instead be a separate level.

Other files of interest include CyberSpaceNoise and CyberHologram. This indicates that a scenario is being established in cyberspace, far from the levels that have been shown to us so far. It seems that the vegetation of the Open Zone will not restrict the level design of Frontiers.

We also have evidence of a new faction, with files like KodamaElderTalked, KodamaHermitTalked, and KodamaHermitSlept. The Kodama haven’t appeared in the franchise before, so what they are remains a mystery.

Aside from that, there’s more evidence of things we already suspected, like Amy and Tails getting lost and needing Sonic’s help. AmyStatus and TailsStatus are included in the datamine, although it is not clear what this “status” refers to. It could be related to VoiceDiaryCaught though, as an early trailer showed Sonic following Amy’s voice, presumably to find her and Tails.

We’ll find out for sure what this all means later this year when Sonic Frontiers launches on all platforms. But for now, Sonic Origins is out and keeping you busy with four retro Sonic games. And a bunch of Frontiers game files, apparently.

Next: Leaving Genshin Impact Behind Was The Best Decision I Ever Made

The team behind one of the best card games of the last decade is working on something new.

The developer of Slay the Spire has confirmed that he is working on his next game. a recent post (opens in a new tab) on the excellent… 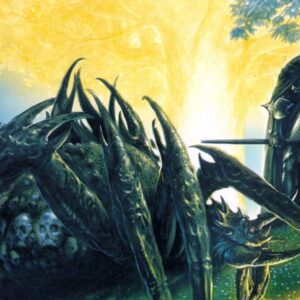