Skip to content
Home jeu vidéo Splinter Cell Remake will be faithful to the original, but a job offer highlights some of its changes

Ubisoft recruits a screenwriter to work on bringing back its most iconic infiltration action saga.

Although since its announcement it was guaranteed that the remake of Splinter Cell would not be an exact copy of the original, as other recent developments in the industry have been, this week a job offer has been shared where it delves deeper into what kind of differences they want to offer since Ubisoft for the expected return of the saga.

“Using the first Splinter Cell as a base, we are rewriting and updating the story for a modern audience. We seek to maintain the essence and themes of the original game, while at the same time we explore our characters and their world to make them more authentic and credible. As writers for Ubisoft Toronto, you’ll join the Narrative team and help create a cohesive and compelling experience for a new wave of Splinter Cell fans.

As we explained at the beginning, Ubisoft already informed with the presentation of the title that they would seek to include new developments, but always with the idea of ​​making the remake something capable of keep intact the spirit of the first Splinter Cell. We now know that they want to delve deeper into their characters and world, which seems to involve developing new quests and story elements.

For now it seems unlikely that we will hear from Splinter Cell Remake, with Ubisoft still in the recruitment phase for its development. However, it already has a better future than Splinter Cell VR, canceled by the French firm in the summer.

See also  Warner Bros. claims that Zack Snyder refused to order his fans to stop checking out the bombing 'Godzilla vs. kong'

A Ubisoft franchise that does want to be very prominent in the coming months is Assassins Creed, after the presentation of Mirage and other suggestive titles. 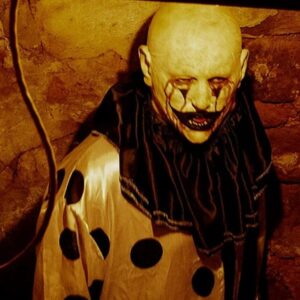