Summer Game Fest had the most viewers, but it still falls far short of The Game Awards.

Summer Game Fest culminated in 3.5 million peak concurrent global viewers on June 9 and totaled 27 million views. That’s 8 percent more than last year, according to the presenter’s infographic. Twitter stats also increased for Summer Game Fest, with Twitter conversations doubling year-over-year and a 69 percent increase in usage of the #SummerGameFest hashtag. And there were 6,000 co-streams if you needed a content creator’s spin on the holidays.

While it’s nice to see Summer Game Fest grow, these numbers still don’t come close to the viewership of Keighley’s other big annual event, The Game Awards, which drew 85 million viewers last year. E3 is also expected to return next year, so Summer Game Fest will once again have some competition.

This year’s Summer Game Fest was great, but there was an odd preponderance of space-based horror games. There was Aliens: Dark Descent, the new isometric co-op game that seems to turn Aliens into Diablo. There’s also The Callisto Protocol, the sci-fi horror shooter set in the PUBG universe, only now it seems to have a lot more in common with Dead Space than PUBG. And the scariest thing of all was Routine, an atmospheric survival game where you have to defend yourself against a space station full of rampaging robots.

Summer Game Fest should really lean into its own themes next time. This year should have been space survival horror, and maybe next year there will be cozy farming games where you grab colored blobs and shoot them with a vacuum gun. Now there is an aesthetic.

Next: Sega’s Hyenas Look Like Another Battle Royale Tired Experiment 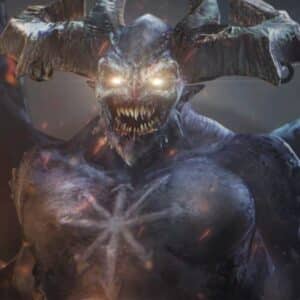