When you were a kid, “sandbox” meant “small plastic box, usually full of sand and ants, that allows you to pretend you’re at the beach even though you’re in a daycare center near your parents’ workplace.” As an adult, “sandbox” means either “a game that lets you choose most of your targets” or “an ant-filled nightmare that drives your kid crazy,” depending on whether you have kids or not.

Don’t worry. Today we focus on the sandbox as in a video game, a genre of entertainment in which most of the enjoyment is derived from setting your own goals. Sandboxes range from the end of the spectrum with no direction at all, like Garry’s Mod (a PC-only asset toy box), through games of some direction like Minecraft and Astroneer, to games that hold your hand or guide much more. towards objectives, such as Stardew Valley and Animal Crossing.

Crucially though, these games will, at some points, allow you to roam free, doing what you want with the world (or your small portion of it, anyway). Do you want to plant bananas in someone else’s garden? Go for it. Interested in tunneling down to bedrock? Of course. Do you want to avoid all social norms and build a gigantic fortress right in the middle of the city? Hey, this is your power fantasy.

Here’s a selection of our favorite sandbox games (and games with sandboxy bits in them) for anyone looking for an experience out of the ordinary! 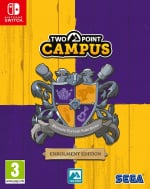 Two Point Campus is the sequel to Two Point Hospital, except instead of curing the sick population, you’ll be educating them.

The main challenge at Two Point Campus comes from honing in and really excelling rather than just reaching one, two or three stars. If that yet isn’t enough to satiate your masochistic tendencies, the ‘Challenge’ option in Sandbox mode will leave you crying yourself to sleep. Still not enough? The ‘Custom’ option will allow you to adjust every detail of your crazy idea of ​​fun. Want to earn just a tenth of what you normally would and start with just enough to build a conference room? They have on it. 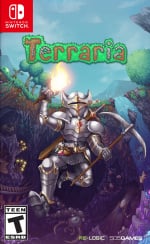 There is no story (at least not overtly) in Terraria: you are simply a person who has fallen into a strange new world and is tasked with surviving within it as best you can. Starting and working your way through the impressively detailed character creation screen, you’ll be transported into a randomly generated world that’s teeming with monsters, dungeons, caves, jungles, and all sorts of fascinating life that coalesces into a stunning ecosystem. What you do in this ecosystem is completely up to you, but what is certain is that when night falls and the zombies come for you, you Will Die if you are not prepared.

See also  An old-school Pokémon-Like, a Souls-platformer … The Nintendo Switch releases to watch this week 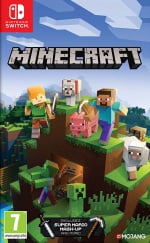 It’s hard to describe the appeal of a game like Minecraft. Although technically there is an ‘end’, the whole experience is not really about anything. You can explore caves. You can build houses. You can fight mobs at night. You can grow crops and animals. On the surface, Minecraft seems like a simple game that one would quickly get bored of, but the freeform nature of its gameplay structure makes for an extremely compelling experience that’s hard to put down. 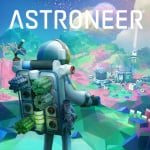 The story of Astroneer is simple: you are a very cute little astronaut who has landed on an Earth-like planet called Sylva. Although there are no real objectives (you can do whatever you want, really), a quest log will gently guide you into the game’s larger story, which involves activating mysterious purple structures around the planet and eventually venturing to the other planets in your little solar. system. Or you could just build a giant statue of yourself. 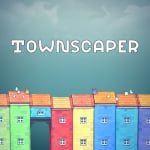 With the Townscaper sandbox house builder, Oskar Stålberg has created a delightful and compelling toy for imaginative play. Anyone willing to project themselves into their worlds and tell themselves stories as they build will have a blast. Townscaper will take the tiniest throwaway information and interpret it as a clever instruction to design a charming small-town scene, like a waiter congratulating you on your menu choice as if the gastronomic talent is in you and not the chef.

What do you call a sandbox where all the sand is on fire? Well, that’s Little Inferno, anyway. Little Inferno sits you in front of a fireplace with one goal: burn whatever you want. Every time you burn something you will be rewarded with money, that money can be used to buy items to burn more things. It’s very simple, but we find it, in a way, almost relaxing. 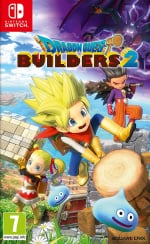 Although the Minecraft formula has been repeated ad infinitum, Square Enix managed to offer an interesting version of the classic sandbox with dragon Quest Builders, an open-ended, blocky creation RPG. So Square decided to try the idea again with Dragon Quest 2 Builders. As many sequels should aspire, this version proved to be a more refined experience than its predecessor, fixing many of its flaws, adding a host of quality of life improvements, and overall providing a stronger case for its own brand of sequel. sandbox style. How to play 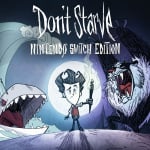 Don’t Starve’s gameplay closely resembles Minecraft’s survival mode, with a few notable changes. Your character appears in the center of a huge procedurally generated world and the goal is simply to survive as long as possible. You have health, hunger, and sanity meters to keep full, with dire consequences for letting any of them fall too low. Through clever manipulation of the materials you find, you must build tools, hunt and forage, and figure out how to survive events like the coming of winter or an attack by Deerclops. It’s brutal and unforgiving, but there’s something immensely satisfying about beating such high odds. 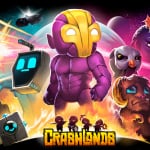 If you’ve played Minecraft, Dragon Quest Builders, or Don’t Starve, you’ll be immediately familiar with the crafting mechanics at the heart of Crashlands. In terms of its top-down aesthetic and the barren landscape of its opening hours, it might seem like Crashlands has a lot in common with Klei Entertainment’s survival hit, but instead of forcing you to fight hunger and thirst, you will spend most of the time. your time in a much more relaxed clip, exploring the map, collecting resources and crafting new armor as you go. It’s more suited to short bursts of gameplay, but we still love it. 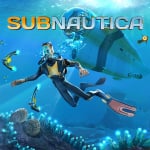 subnautics It truly is one of the great early access indie success stories: a game honed to near perfection over a long gestation period on PC, with plenty of input from avid fans who helped shape the core experience as it exists today. . As a result, what we have here is a confident and consistently exciting marriage of addictive gameplay loops, with hugely satisfying crafting and base building elements, well-implemented survival mechanics, and a world and story that exudes wonder, mystery, and fullness. existential dread in equal measure. 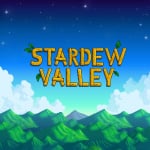 While Stardew Valley is full of goals (running a successful farm, appeasing your dead grandfather, making sure Shane doesn’t fall into the sea), how you accomplish those goals is up to you. The game might as well be a farming simulator on the surface, but there’s actually a lot more to it than initially appears. Their activities go far beyond farming thanks to a great sense of community that is at the heart of the adventure. In fact, there seems to be no end to the amount of things available to see and do.

The Skyrim Summerset Isle mod, first released in 2015, is among the most ambitious mod projects for one of the best RPGs out there, offering a DLC-sized…