Under the Waves is what you get when you take the brooding narrative of Firewatch, mix it with open-world exploration, and plunge it several hundred meters below the surface of the Atlantic Ocean.

You play as Stan, a professional diver embarking on a long stint as a deep sea engineer. Each day, he picks up assignments from his boss, Tim, heads out in his personal submarine to work on rusty underwater machinery, and then returns to a cozy life support pod at the bottom of the sea to rest and contemplate both the day and his life. on the surface. Despite being totally alone, Stan talks almost constantly: either on the phone with Tim, recording messages for his potential mate on the surface, or muttering to himself.

It’s a loop that immediately reminds me of Camp Santo’s excellent story game Firewatch, but the underwater environment has one crucial difference: there’s a lot more freedom.

As you head out on your daily mission, you are in complete control of where you head your personal submarine. There are reefs and wrecks and potholes and flats to inspect along the way. See a school of fish and you can follow it through the murky and tumultuous waters of the North Sea for a while. Exploration reveals new side quests, trinkets you can take to your life support pod, new conversation starters, and materials you can use to craft new items and tools.

Even during the more linear sections of Under the Waves, where you’re navigating submerged maintenance tunnels or repairing turbines, being underwater means you can freely ignore ladders and stairs by simply pushing and swimming to whatever part of the room you need to. get. It’s a lightbulb moment in a genre where you can usually only walk or jog between objectives and it takes a lot of the tedium out of exploration.

See also  How to complete the Vision II: Farsight - Domain of Istan collection in Guild Wars 2 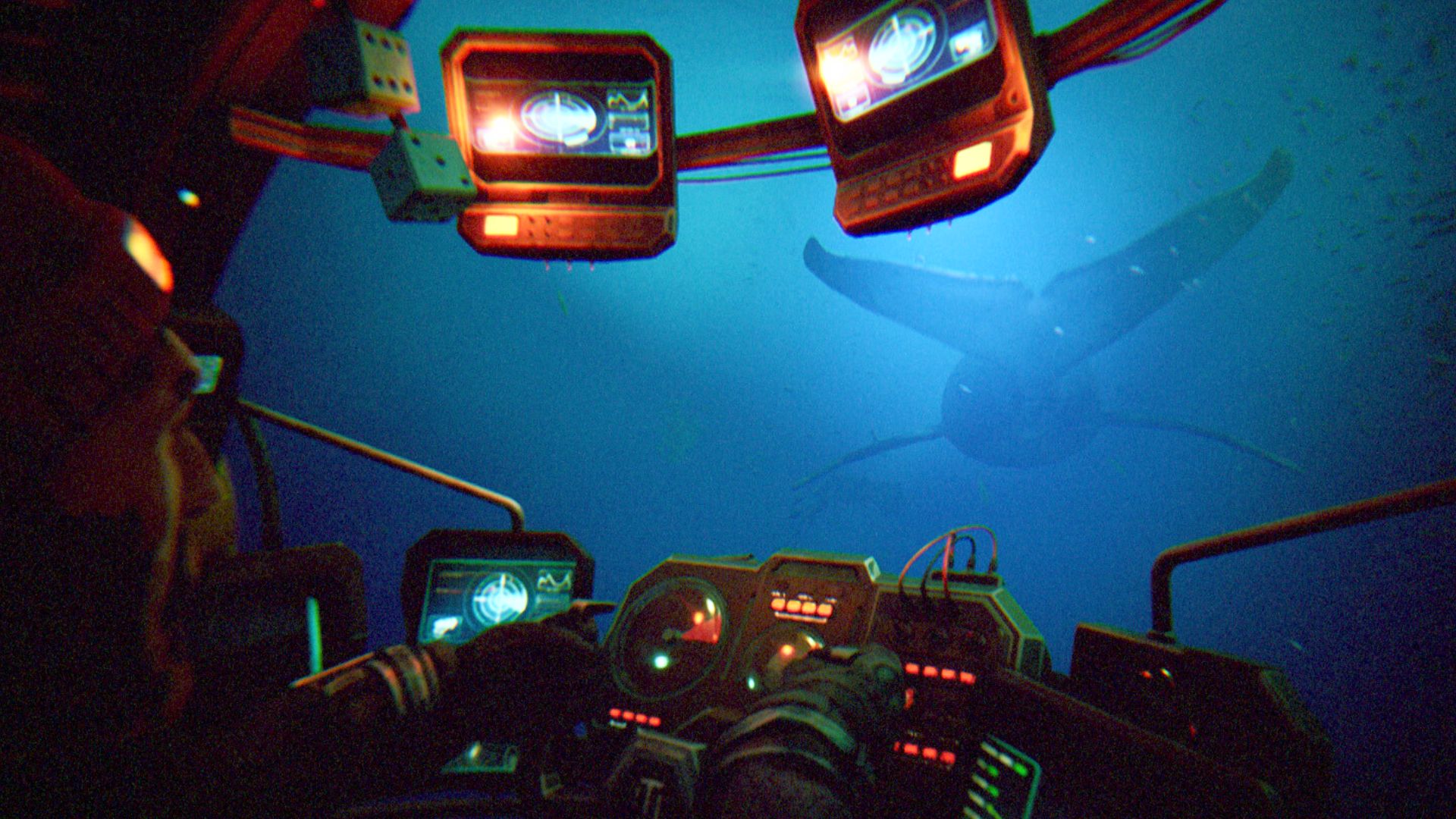 Parallel Studio CEO Ronan Coiffec, who previously worked on Life is Strange and Remember Me with Don’t Nod, says the team wanted to bring more intrigue to people who experienced their previous adventure games through YouTube. “We’ve seen a lot of players watch the game through YouTube channels,” explains Coiffec, “so we wanted to find a way to really engage the player in the story. We decided to create a narrative-driven game, but with open world areas where the player can explore and really immerse themselves in the game.

“We imagine someone seeing [a playthrough] and the YouTuber you’re watching goes from mission to mission. Maybe they’re passing a cave entrance or a nearby shipwreck, and we imagine the viewer thinking ‘What about me? I would like to explore that area. So I think by creating a lot more freedom maybe we can get the player to experience the game for themselves.”

And exploring, whether it’s walking, swimming or sailing, feels great. There’s enough boost and drift when gliding between stations that you have to account for currents, but otherwise the swim is precise and smooth. Out in the open water, you can feel the push and pull of the waves above, knocking your sub back and forth as you try to steer it toward a docking bay. That’s right, this one is eligible for our roundup of the best submarine games when it comes out. 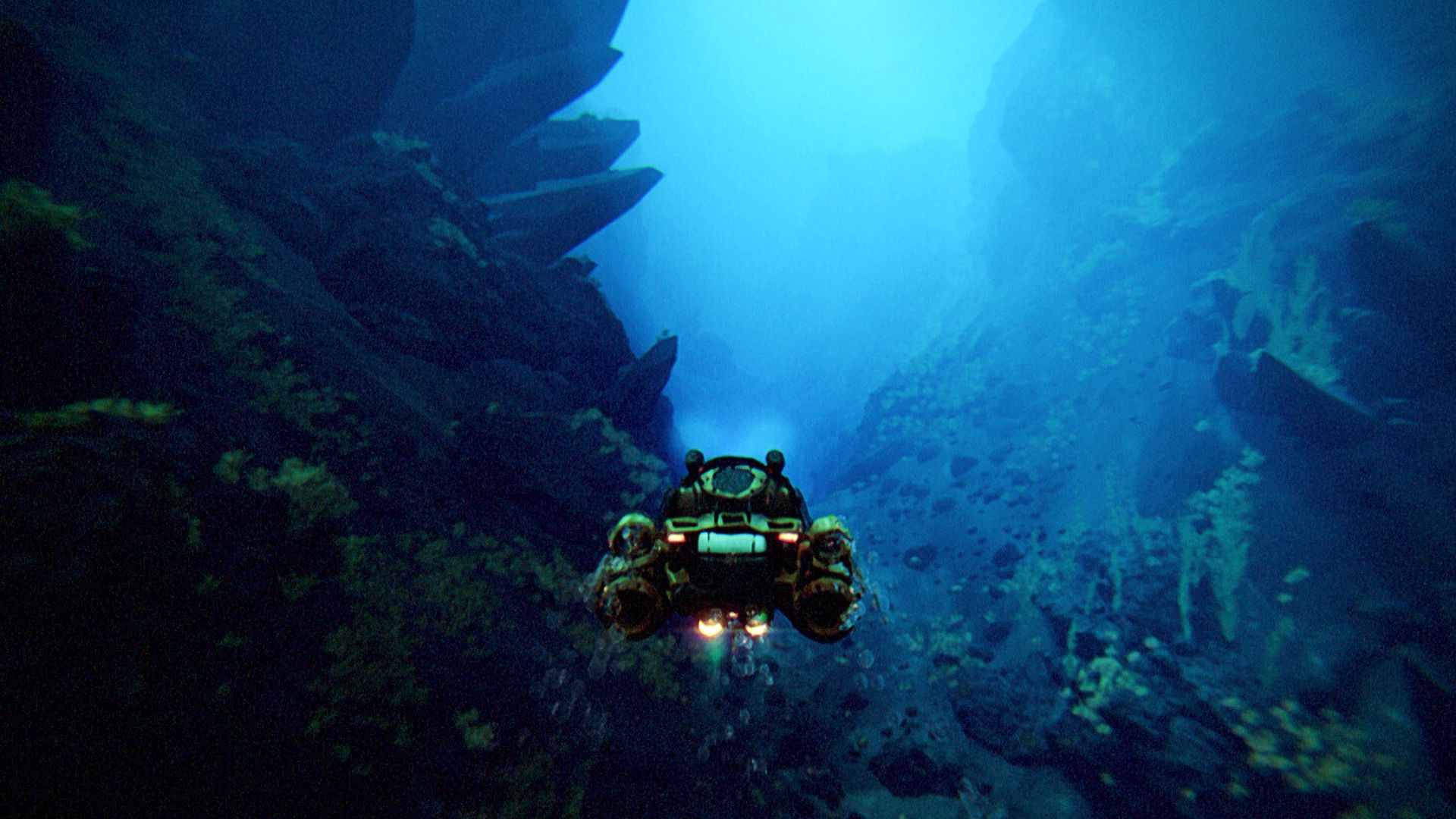 It’s a world you also want to explore. The film’s muted color palette and grainy effects also remind you of classic Cousteau, with deep briny navy blues punctuated by splashes of primary colors courtesy of the ’70s techno-futuristic setting. Not a particularly subtle visual reference (Stan he even wears a bright red ribbed cap like the iconic oceanographer), but it’s perfectly executed.

My half hour practice serves as a quick introduction to the tone and gameplay of Under the Waves. It’s slow, thoughtful, and blue like the watery world Stan retired to, but the demo closes with a hint of things to come. Shortly after falling asleep, Stan wakes up on a surreal moonlit road in the depths of the sea. It’s an impossible scene, and just before you can really ignore it as reality, a blue whale flies by.

That first full day in the Wyoming wilderness of Firewatch, topped off with a hair-raising nighttime encounter with a stranger, set the tone for one of the most engrossing story games on PC, and Under the Waves ticks many of the same boxes for me. What awaits Stan in these dreamscapes or on his daily chores is a mystery, but this is a narrative adventure I can’t wait to dive into when it launches in 2023.